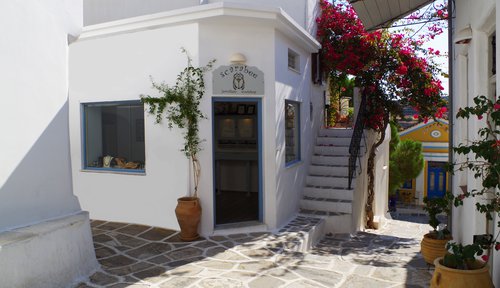 Scarabee was established 1971 as a jewelry workshop based in Kypseli, Athens. In 1977 the first retail outlet opens in Parikia, Paros and on 1978 in Amerikis Square, Athens. In 1993 scarabee moved from Paros to Lixouri, Kefalonia, where it remains to this day.

Twenty years later, the Paros outlet reopens in the traditional settlement of Lefkes. At Scarabee you will find hand crafted golden and silver jewels, combined with semiprecious stones, created in our Paros workshop.